What’s Behind the Name 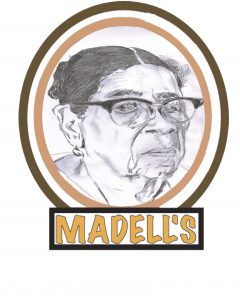 Madell was the pet name given to my beloved Great-Grand Mother. We shared some of the most enjoyable childhood memories for nearly fourteen years of my life. We were almost inseparable. It was also during these years, she taught me natural forms of self-healing methods using some of the native herbs, which surrounded us, and the value of eating Natural Organic foods, which grew around us. She was born in the tiny village of St. Joseph in 1888,on the Caribbean island of the Commonwealth of Dominica (west Indies), where she grew up, and lived all her life.  Her father a French Soldier, settled on this small Caribbean Island as a means of avoiding combat, her mother was an entrepreneur, and seamstress who traveled throughout the various Caribbean Islands and bought Antiques. Being the only child of her parents, Madell was a very ambitious female entrepreneur. She was a multifaceted person, something unheard of in her time. She owned several businesses, and was a very sharp individual up until the age of her death at 95 years, in 1983.

A Line of products were created under a new Logo Called “Madell’s” in her honour.

Gone but will never be forgotten.